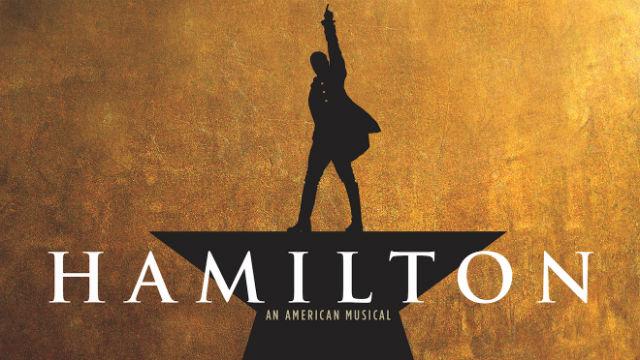 I have been one of those irritating Hamilton fanboys for over two years now, despite not having seen the play (up until now).

In 2015, I independently read Ron Chernow’s biography of The Hamilton and I instantly thought to make it into a play (or a musical). I had it thoroughly pictured too– Hamilton as the gifted politician matching wits with Jefferson on the constitutional convention floor, Hamilton resigning himself to private life for the first time after Phillip’s death. Like many people at their Eureka moment, I went straight to google and typed in “HAMILTON PLAY”. I was greeted with a silhouette of Hamilton thrusting his hand into the air with a black star behind me. Naturally, I was upset that someone had stolen my idea, but I was excited to see how the idea thief had put the story into musical form. By the time I made it out to Broadway, the ticket prices had made me less excited to see it.

I told (and still tell) this story to everyone who mentions the show. I talk of Lin-Manuel Miranda and me as if we were equals, as if I — given three or so more years — could have produced an equally good (if not better) product.

Today, after been given the tickets as a generous gift, I realized that even if I had Miranda’s connections and dedication, I could not have possibly dreamt of bringing Hamilton! to the stage as well as he has. Though at times somewhat historically misrepresentative of certain characters, these misrepresentations perhaps aid the story and bring out the most accurate story of the most inspirational true American story ever told. Horatio Alger is not needed to show young Americans and Englishmen alike how far hard work and pure dedication (combined with a bit of brilliance) can take a man in life.

The music and the songs themselves are of course brilliant. Even the titles themselves subtly reappear throughout the musical, and subtly appeal to the audience. Eliza briefly reprises a lyric from one of the songs towards the beginning of the show, ask-singing, “Why are you writing like you’re running out of time?” the morning Hamilton furiously scribbles his will and testament before leaving for his duel with Aaron Burr. He is running out of time.”The Story of Tonight” is not only Hamilton and company meeting for the first time in a New York tavern, but also Hamilton! itself!

The story is also pure perfection, most likely the best narrative I have ever seen in a live performance. The characters and actors are charismatic and (for the most part) instantly likable, even the “antagonist” Thomas Jefferson is lovable in the midst of his flamboyant and arrogant persona. Aaron Burr, the notoriously unbelieving politician, serves as a perfect foil to Hamilton to brilliantly expose both the strengths and flaws in both characters. Hamilton himself is somewhat oversimplified- but this is a necessary sacrifice in order to create fully coherent 2.5-3 hour playtime. He is young and brilliant, an orphan who carries with him a desperate need to prove himself to everyone he sees. These characters masterly needle through the script’s outrageously funny moments, and its chokingly tear-jerking moments, to weave together a thoroughly moving performance. A fascinating and capturing performance based off a man who could very well be described with the same words.